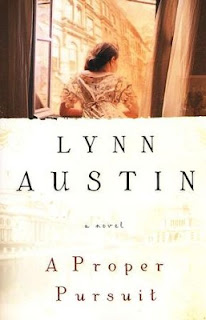 Set in 1893,  Violet Hayes is a young 20 year old woman still living with her father.   She was told her mother became ill when she was very young, and though she doesn't remember a lot of her she does hold some sweet memories.  So when her father announces his intention to marry a widower with two children, Violet is shocked and upset as it also reveals that her mother wasn't ill but had actually left and divorced her father.   Add to it the fact that her father is trying to get her to marry a young man from town whom Violet finds dull and has nothing in common.  She longs to spread her wings and talks her father into letting her stay the summer with her grandmother and three aunts in Chicago convincing him that her socialite aunt may have better prospects for her.  But her true plan is to try to find her mother and to see the Chicago World's Fair but she can't tell her father that.  Reluctantly, her father gives in worrying that the aunts won't be the best influence on his young daughter.  But what Violet finds in Chicago is an grandmother dedicated to serving the Lord amongst the poor, an aunt who wants to show her off to high society, another who wants to introduce her to the suffragete movement, and another who thinks her precious husband is still off fighting a war that ended long ago and who believes in true love.  Each of these ladies wants Violet to join their world and brings exposure to life as Violet has never known and suitors aplenty, each very different from the other, so that now Violet will have to make some choices.  And in the midst of all this is the mystery who her mother was and nobody is willing to talk about that.  Violet's sheltered eyes are opened wide and with her father's ultimatum she must make her choice or let him make it for her.

This book started off a bit slow but then built into a good story of a young girl from that era and the choices she faced.  The  grandmother and aunts were a fun mix of very different personalities and lifestyles that really added to the story by giving historical context to everything going on at the time.  Though Violet and her lack of worldliness and wisdom, and complete naive and immature attitude for her age of 20 had me at times rolling my eyes,  I suppose it was not unusual for that era.  I love how the author was able to transport me into the world of the Chicago World's Fair, both the fun and wonder and the seedier side, and to all the things that were going on in a big city of the time.  This is a great read for fans of historical fiction with a little romance, coming of age and mystery thrown in.

I enjoyed reading this one a few years ago. I just looked up my review and saw I had many of the same impressions.