As we go further in my Operation Christmas Child Costa Rica posts I want to say that from now on some of these pictures do not belong to me but to other team members.  And I don't know which belongs to whom.  We shared our pictures on WhatsApp with each other and in the flurry of 1400 pictures being shared within a few days (yes, that number is correct!!) I didn't think to mark which came from who as soon as I saved them into my files.  :(   So if a team member happens to come across these blogs and you recognize your picture please let me know so I may credit you!!!  I will try and mark with an asterix if it's not my picture but am still watermarking them to the blog.

Also to note, we were asked to be respectful and treat the pictures we took of children as we would want our own children's pictures treated.  In other words, ask and don't necessarily splash them all over the internet.  So if you are wondering why I am lacking in pictures of the children directly, that is why.  In fact at the first school  we went to I was so worried about doing something wrong with the camera I didn't take a whole lot of pictures of the kids at all.

One thing I really learned in Costa Rica is that when one joins with a group and goes on a mission such as this is that one's focus and understanding gains a whole new perspective.  We were not going in there because we, coming from a privileged country, know better and have got it together and we want to change the receiving country.  We go in humbly, understanding that we are joining with God in what He is already doing!  He has been at work in Costa Rica for a long time.  When we take on that attitude instead of one of superiority it is amazing to watch what God is doing and such a privilege to become a part of it.

And now the fun began.  This year there were 40,000 shoebox gifts awaiting distribution in Costa Rica alone.  Samaritan's Purse works with local churches who have been registered with them for the Operation Christmas Child program (referred to as OCC from now on in the posts).  Samaritan's Purse trains the church's pastors and leaders and volunteers and supports them in the distribution of the gifts and in the presentation of the gospel and in the follow up discipleship classes of "The Greatest Journey".    There were about 3 teams that I know of that went to Costa Rica this year to distribute shoebox gifts.  Our team gave out about 350-450 over the course of week, I believe.  All our distributions were in smaller rural schools or churches but sometimes a distribution can have around 200 kids!  When there is not a missions team involved the rest of the distributions are done with awesome local volunteers who give of their personal time.  Time to load up and go! 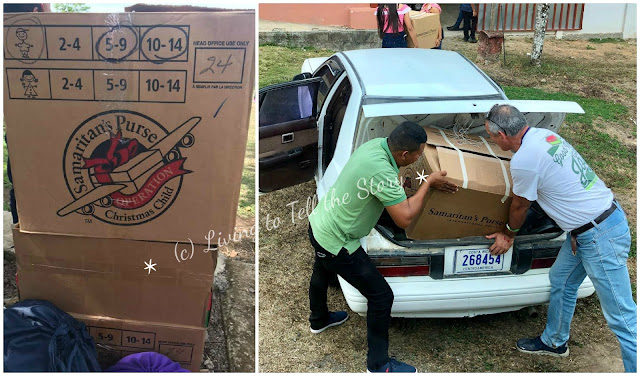 Our team went to schools and churches in tiny, very rural, very poor areas.  The schools were one or two rooms with one or one or two teachers.  Very poor, most with very, very limited supplies.  Dirt areas to play.  Not one had any sort of playground.  These teachers were amazing as sometimes they not only fulfilled the role of teacher but also of mom and advocate.

The children must all register to come to the party.  The distribution policy is one box per child in a lifetime.  This also helps the directors know how many boxes of each age group and gender they would need.  The children are not told about the boxes, only that there will be a special party and because we were helping they were told we were there to have some fun and play with them.  We came in and set up our different stations:  nail polish, bubbles, face painting, tatoos, coloring and stickers, crafts and sports.  And then we played.  And tried to communicate lots of times ending up in giggles as we stumbled over trying the language.  Some of the kids were shy, some quite bold and thrilled we were there to play. 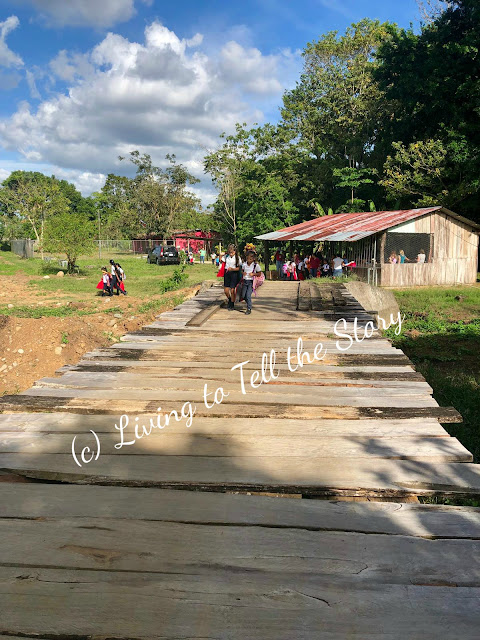 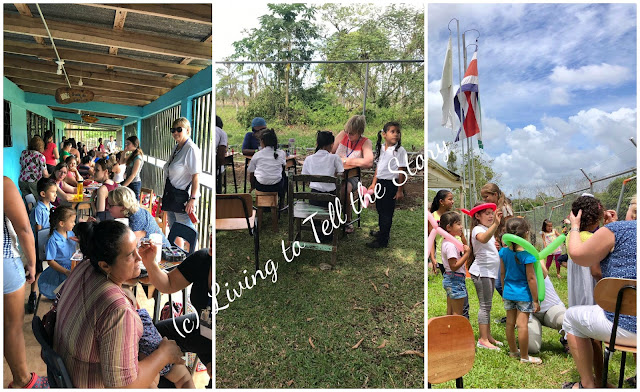 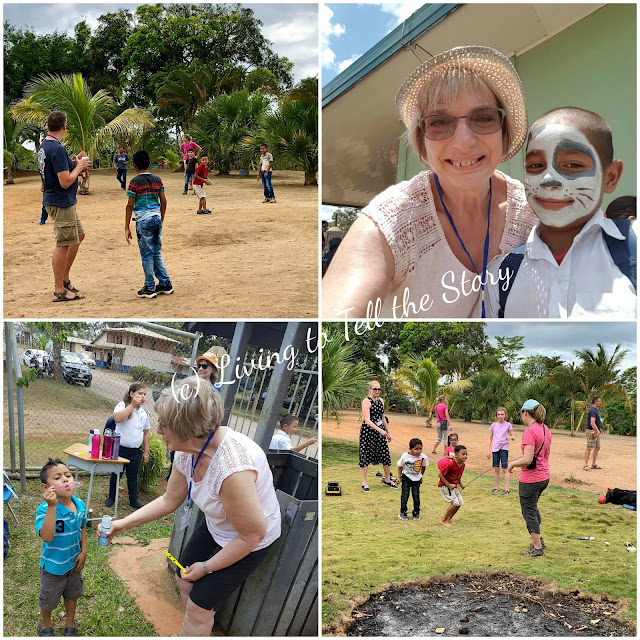 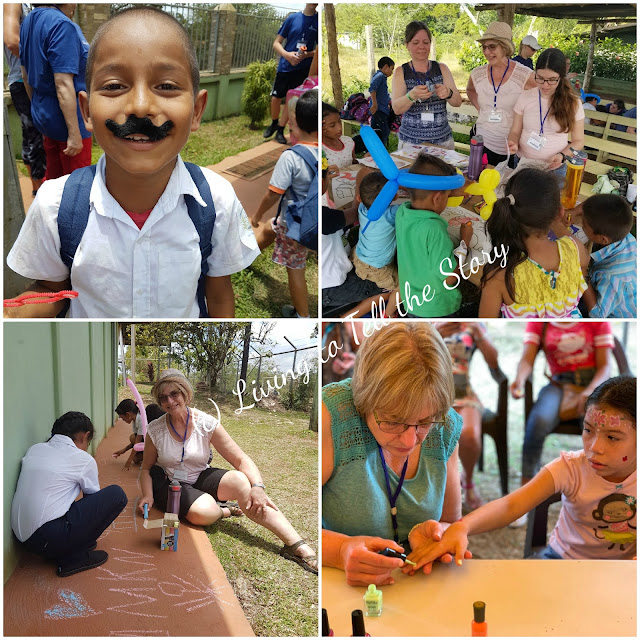 This play time was so precious as it gave us opportunity to pursue relationship and connect with the kids and the parents, if they were there, in small tangible ways.  Love shown thru a smile, laughter, touch when we painted a face or sparkled a finger nail.  Love and laughter are not barricaded in by language.  We just had to let it flow.

That looks like so much fun. I didn't realize each recipient only got one in a lifetime.

I loved reading this and seeing all of these wonderful photos Susanne! you look so happy to be with these precious children!!! I love the energy in this post!!

Wow, the pictures are wonderful! I just love seeing the faces of the kids and it's hard to tell who is having more fun, them or the volunteers. I went back and read part 2 of your story, which I somehow missed. Seeing the outcome, with the party, and then learning about all the people who made it happen is heartwarming. There are so many good people in this world, you among them! I'm glad for you that you had this opportunity, Susanne.

Barbara: Yes, we were told one per lifetime. There are so many children every year!

Lovely pictures. What a wonderful experience you had.

It is so good to see the whole operation shoe box from your eyes. I'm so glad you were able to go and experience this lifechanging, attitude changing time! 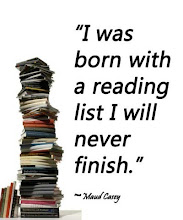