Finally I am able to sit down and share some posts about my wonderful mission trip to Costa Rica with Samaritan's Purse/Operation Christmas Child.   It's been a busy couple of months processing, thinking, sharing in person.  Also what they call re-entry.  I get now that that is a real thing.  It's been tough getting back to my real life.  A big chunk of my heart was left with the rural people of Costa Rica.   They are in my thoughts and prayers constantly and my mind is filled with how I can get back there as soon as I can on another mission trip.  It was an amazing experience and I highly recommend everyone take an opportunity to go on a that sort of trip with whatever organization they are passionate for.

My passion was and is Operation Christmas Child.  I remember way back during the Kosovo/Bosnian war watching Franklin Graham on Trinity Broadcasting Network sharing about taking some shoe boxes filled with gifts over to the children who were really feeling the effects of the war.  My heart was so touched and I told myself as soon as there was a way to do something like that I was gonna be all over it.  Years later as their ministry grew one of the churches in town actually become a drop off point and I've been packing boxes ever since.  All 3 of my kids have grown up packing boxes each year.  They had a budget and got to get what they wanted for their own box, with some mild guidance when needed.  Then when sharing with my pastors about this ministry they encouraged me to make it happen in our own church so I've been heading it up ever since.


I never thought I 'd be able to actually go and hand those precious shoebox gifts into the hands of children.  It's been on my bucket list but I think deep down I never thought it would happen.  But God made a way where there seemed to be no way.  So in April of this year, I joined 28 other Canadians and we made our way to Costa Rica to spread some joy and great news.

We started with the red eye in Calgary and flew to Toronto to collect the rest of the team and tough out a 3 hour lay over and then on to Costa Rica.  I have not been on a plane since 1988 so this was an adventure in itself.  It was all new to me and things have changed so much.  But all part of the adventure.  I had an aisle seat but a sweet team member in my row, when she found out I had not been on a plane in so long,  suggested I take her window seat so that I could watch out the window.  We landed safely in Liberia, Costa Rica into a breezey heat wave 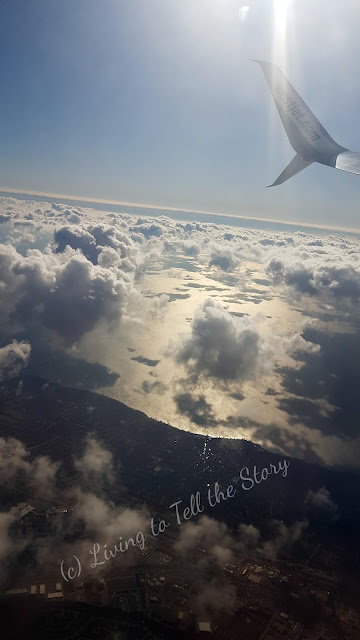 flying by one of the great lakes 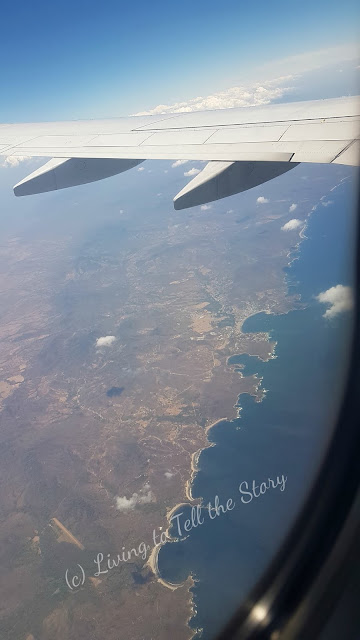 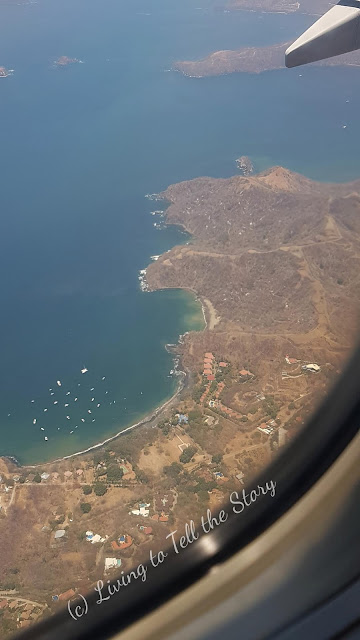 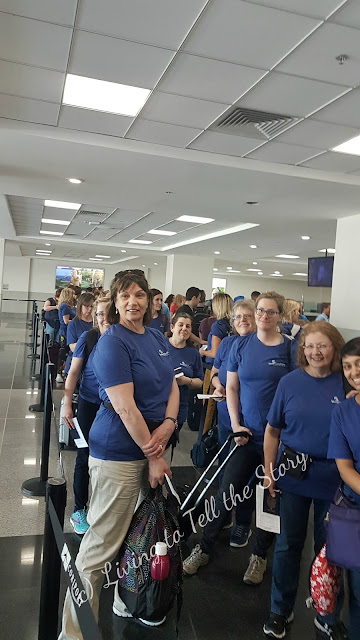 The blue shirt gang waiting to get through customs

We came from all over Canada...Alberta, Saskatchewan, Manitoba, Quebec, Ontario and New Brunswick.  Though the ones that started in Calgary were quite a bit more bleary eyed than those that joined in Toronto, we were excited and ready to serve the children of Costa Rica.

I'm excited to hear more about this! When we flew in January, it was my first time in almost 10 years. It would have been nerve-wracking, but thankfully my husband travels frequently and let me know what to expect.

Looking forward to reading the next installment!

You've left me on the edge of my seat, Susanne. So excited to hear about the rest of your trip!

I loved reading about your journey to Costa Rica!! Gorgeous pics too!!

So wonderful to read about your hearts desire coming true. I hope you'll be sharing more. I didn't realize it had been over 30 years since you had flown anywhere. Love the blue team photo!