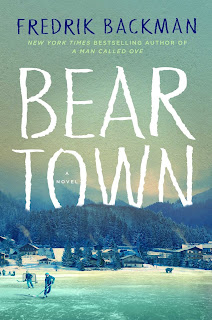 The story of a small struggling Scandavian town who's whole identity is wrapped up in hockey.  All their hopes are pinned on the junior team winning the finals so that a hockey school could be established and in turn provide jobs and commerce for the town.  There is huge pressure on the hockey club, coaches and players especially their star player/captain.  A win would change everything in the lives of the players and the town.  At first glance, the reader would think this book is about hockey.  But as you keep going you realize it is a study of so much more.  Hockey just happens to be the wrapping that story comes in.  At it's core it is an exploration into the hearts and beliefs of every day people that make up a small town who just happen to be obsessed with hockey.  It is about family, loyalty and who you choose to give that to, dreams, desires, what we consider most important, choices, entitlement, what we teach through our words and actions, herd mentality, cowardice, strength and courage.  As the team heads into the semifinal the result will leave a young teenage girl traumatized and a team in anger and panic.  Quite a lot of heavy duty things.  It is about an event that tears the town in two, and finds the town forced to face what is deep down within them individually and to take sides.  It is gripping, it is shocking, it raised emotions in me I never even knew were there.  It has one of the most attention grabbing first sentences I've ever read,


" Late one evening toward the end of March, a teenager picked up a double barreled shotgun, walked into the forest, put a gun to someone else's head and pulled the trigger. This is the story of how we got there.Bang-bang-bang-bang-bang"


and kept me turning the pages with bated breath and sometimes heart racing to see who was involved and what happened.

That said, I feel I have to also extend a caution to those who would be sensitive to certain material.  It deals with a heavy topic, and because of the nature of a teenage sports team it has plenty of locker room talk and attitudes (all which contribute to the events that unfold) and a plethora of f-bombs throughout.  As the town reacted in the story, it made me think of the gravity of such a tragedy and how victim blaming so easily takes root and what factors contribute to what side a person may choose take.  I thought the author did a great job in examining a culture of what we approve or encourage, make excuses for and/or allow, whether consciously or not, for whatever reason.    Though the story is hard to read at times in the midst of it all there are sparks of great courage and redemption in some of the characters that have you cheering them on.  The first 1/3 or so does move a bit slowly as the author builds his characters, there are many,  but they are real and multi-dimensional and developed well to the very end of the story.  I love how this author sets up images that make you think one way and then surprises you by taking you another direction.  I couldn't stop thinking about the ending.  And you don't have to like hockey to get something out of this story.

I gave this a 9.5/10 with heavy caution to language and possible triggers.

Great review. He's an excellent writer. Claire and i were JUST YESTERDAY looking at this book and another one displayed in our fave bookstore in Saratoga where we had our mom-daughter date. I loved a Man Called OVe by him and I've read one other by him but can't remember the title. Will have to get this at the library. 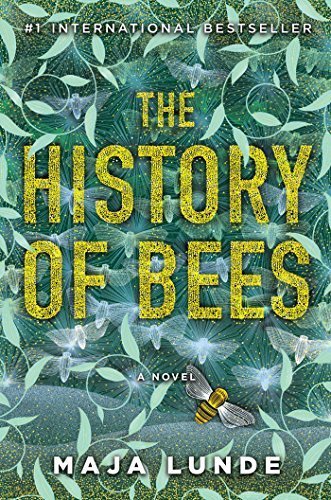 The Brilliant Life of Eudora Honeysett
by Annie Lyons

Fragments of Light
by Michele Phoenix

The Kite Runner
by Khaled Hosseini

As the Light Fades
by Catherine West

The History of Bees
by Maja Lunde