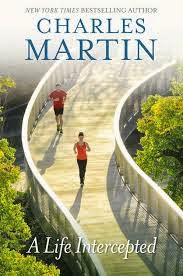 Matthew Rising was on his way to a great life. Nicknamed "the Rocket" he was the hometown hero.  A high school and college quarterback star, his winning record was unmatched and he was the number 1 NFL draft pick.  Not only was he the best at football, it seemed he was also the best at life.  His high moral standards for himself caused him to be a kind and passionate young man.  With his high school sweetheart, now loving and supportive wife, by his side, Matthew is about to sign his professional contract.  Audrey was his biggest cheerleader and knew the game as well as he did.  She was his rock and he knew he wouldn't be where he was without her continual support.  But in one instant,  it all came crashing down.  Matthew was falsely accused of a crime that totally went against his character and then with supposedly unrefutable evidence, convicted.  Now he faced a 12 year prison sentence.   With his career devastated, his freedom gone, his reputation smeared,  the thing that buries him most while in prison is the loss of his beloved wife.  Audrey has disappeared and the last memory he has of her is her deep crying as he was led in chains from the courtroom.

Twelve years later Matthew is freed but must register as sex offender and wear a ankle bracelet.  Determined to find Audrey he heads back to the very place where he is most unwelcome, his home town.  Audrey has hidden herself well from everyone including the unrelenting media in a quiet Catholic school where she has taken a young orphan boy under her wing all these years.  Honing his talents and using her knowledge of football and Matthew's old game tapes she feels she has a young man on her hands who can be even better than Matthew had once been.  But he plays under a coach who has ulterior motives to further his own son in his football career.   Knowing Matthew can take him all the way she convinces him to coach the boy even though it violates his parole and could put him back in jail for life.  In the midst of media speculation if he will try to return to the game, Matthew takes on the challenge in secret in the hopes of winning back Audrey.

My favorite author strikes again writing a wonderful story.  Drawn in right from the beginning, he captured my attention with the devastated Audrey as he slowly revealed the story.  I love the character development the author takes.  He reveals the nature of the characters layer by layer as the story progresses.  One thing I always love about this author is the way he is able to create a main male character who has strong moral qualities yet are very human and relatable with their struggles and mistakes.  As usual his prose and way of putting sentences together totally captivates me and keeps me turning the pages staying up way too late to finish the story.  The story goes back and forth between real time and the past nicely laying out Matthew and Audrey's life together.   There was never any confusion to me, the reader, and I followed it easily.  Audrey's character was a complicated one and I understood her pain as she tried to reconcile the Matthew she knew with the Matthew that was convicted.  Her confusion, anger and betrayal were plain to see throughout the story even though I found it hard to believe she wouldn't stand by him a little more.  Another thing I always love about this author is how he weaves elements and tenants of faith and real life together in a story without it being labeled a Christian novel, if you know what I mean.  And with a little twist in the story revealed at the end, this novel leaves you thinking and savoring the implications of living a life of true love.  Again the author's notes at the end are well worth the read as they reveal where the story came in his own life.

I like Charles Martin's books, for the reason you mentioned. They are faith-filled, but in a very subtle way. This sounds like a really good story!

I've never heard of this author. Thanks for putting him on my radar. 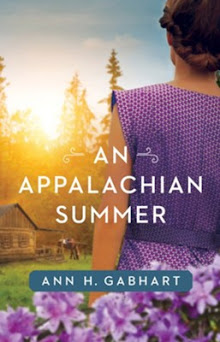 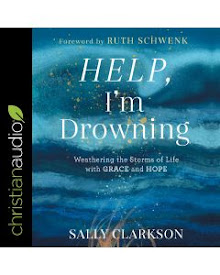 When the Day Comes
by Gabrielle Meyer

The Unhoneymooners
by Christina Lauren