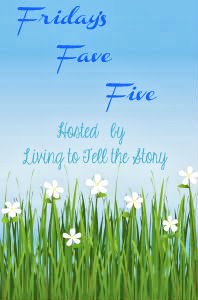 Hi and welcome to Friday's Fave Fives.  It's a chance to take a look over our week and reflect on the good things in our lives that God has blessed us with.  Sometimes they are easy to name and other times it takes a moment or two of reflection to find them.  Such is life.  But no matter how our week's have gone it's always a good thing to have a grateful attitude for the good things.  Please join us.

1.  30th Anniversary.  I can't believe I just typed that.  It seems like just yesterday I married the guy of my dreams.  I can still remember the major portion of our wedding with great clarity.  And 30 years later we are still saying I love you.  I am so grateful for this man who has stuck with me through thick and thin and I know I haven't always been so easy to live with.  Love ya, Sweetie!

2.  All the kid's home at this special time.  Son was home from his job and Oldest daughter happened to be home for a friend's wedding.  Youngest Daughter was here.  Having the whole family together was a gift in itself!

3.  A little jaunt to the big city.  I had taken Monday and Tuesday off as part of my holiday days in the hopes that hubby and I could make a little getaway but the way everything shook out it didn't quite happen but we were still able to get away for a day of fun and shopping in the big city.  We always enjoy this and always ask ourselves why we don't do it more often.  The kids are all grown so we sent them on their merry way keeping in touch by text and we basically had the whole afternoon just to ourselves.  Supper at a favorite restaurant with my family helping us celebrate was the icing on the cake.

4.  No major hail damage.  We had a crazy storm on Wednesday evening and praise God other than some beat up flowers, we had no major hail damage.  No dents in the cars, no broken windows or wrecked siding.  The trees are still standing.  The city, along with many other Southern Alberta communities, are under states of emergencies due to flooding or the expectation of flooding but so far it doesn't seem to be too bad. Hoping it stays that way and we'll see later today when the river is supposed to crest.  Our city is blessed to have the river running through a valley so most residents will be fine.  There is a golf course community that sits in the river valley and is evacuated under a flooding advisory, my beloved river bottom park won't fare so well but most of us residents are quite safe.  Not so with other communities such as Canmore and Bragg Creek and High River who are finding the creeks and rivers  running right into their towns as the water spills over it's banks with crazy force.  Praying they stay safe and they can recover emotionally and financially from the floods. It has been insane weather here this year.

5.  Unexpected early clock out time from work.   Yesterday, because of the flooding advisory, parents from the west side of town had to pick up their children early from schools and daycares so that they didn't get stuck on the wrong side of the river should they have had to close the bridges across the river.  Seeing as my families that are my later families of the day are on that side of the river, it meant I was off and hour and some earlier than usual.  I wish I could get off at that time everyday.  It's amazing what a difference an extra hour in a day makes!

Well looking back I had some big blessings and some smaller ones too.  And I'm grateful for each one.  What was your week like?

You are so right -- we have our up and down weeks, but a grateful heart is a good thing to cultivate. Thanks for keeping on!

Goodness. 30 years together? Were you teens when you married?!? Congratulations, Susanne and Hubby!

I'm sorry your beautiful spring garden was pummeled by that hail, but so glad to hear that you're all safe. Hope you have a relaxing and perhaps less eventful weekend!

We are going to celebrate our 44 years wedding anniversary! I think we should start a Guiness Book of wedding records, lol ! Good that nothing was damaged with the hail ! Today summer starts officially and we have 14°C and it rains ! We didn't even have spring !

Hello Susanne, congratulations to you and your hubby on your 30th anniversary. Successful marriages are an inspiration. Glad you and your loved ones are safe from the hail.

It's great to keep track of my fave five again from a year long absence (major blog shake up, changes at work, personal bits and pieces, travel, things like those) I'm happy and grateful for your meme. Thanks a lot for hosting.

Happy Anniversary Susanne! And how lovely that all the kids were home for your day.

We've been hearing about the flooding - glad to know your area is ok. It sounds really bad. I'm praying for them.

Hope a little sunshine peeks through for you soon!

Congratulations on 30 years of marriage! How nice that your kids were all there to help you celebrate. :)

Congrats on your 30 years together and Happy ANniversary!! i think it's great that your whole family could be together for a few days and yay for trips to the big city. There has been some very crazy weather all over North America this year. One little town southwest of us was flooded badly again and just last year the town was massively flooded. Lots of prayer has gone out for that community along with lots of help and financial aid. I pray you will have sunny dry days for awhile!! and Happy first day of summer!!

Happy anniversary to you and your hubby! I'm glad you were able to get away and celebrate for a bit!

Glad the damage from the hail wasn't any worse.

Always fun to have all the kids home, and how wonderful to get off early one day.

Awwwww....how lovely that you and your bloke still say I love you...Happy anniversary, may you have many many more.
I'm glad you got to celebrate with the family and had a lovely meal together.

My hubby and I celebrated 14 years of marriage this week! COngratulations on 30 years! That's fantastic!

I've been hearing about all the flooding, mudslides etc. up your way from the "girls". Yikes. And your photos of the hail were crazy. Glad you didn't suffer damage. Yippee for an unexpected early day. Congratulations on 30 years. May God bless you with many more!
Have a good weekend.

Congratulations on 30 years! That is a wonderful achievement.

Glad your week was filled with blessings!

Happy anniversary to you both!!!

I know you loved seeing all your kids!! My parents love to see us all.

Glad you are okay. Hail storms are no fun. It's so hot here. When it rains it makes it worse.

Happy Anniversary!!!! And 'Yay' on the kids being home.

Congratulations on your anniversary. I am glad that your area is safe from the flooding. We had bad flooding in a place I lived in once but it wasn't as bad as what you have pictured.

Happy 30th Anniversary to you and your husband! Sounds like you had a wonderful time alone with your hubby in the big city! Glad to hear that you're safe. Praying here for those who have been affected by the flood.

Oh, Susanne, I am so sorry to read about the flooding in Alberta. What an intensely emotional time. I will be praying for safety and a quick recession of the floods.

On a happier note, congrats on 30 years. That is an awesome feat and a great testimony to your tenacity and adherence to the bigger picture in marriage.

An unexpected hour of free time is wonderful! I love it when that happens to me!

We too are reading/watching the flooding, so sad. . 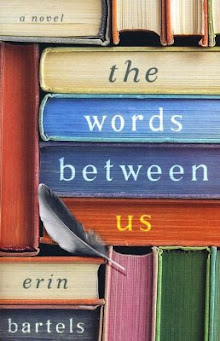 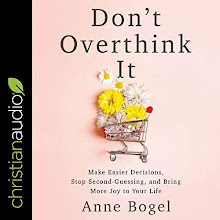