Book Tour ~ Not In The Heart 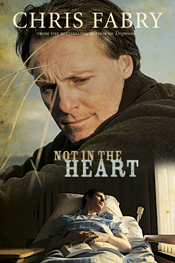 "Not In The Heart" by Chris Fabry


Publisher's Description:
If your child needed a life-saving heart transplant, how far would you go to make it happen? How would you feel if a man convicted of murder offered his heart to your child? What if you discovered the man was innocent, but the only way your child could live was to hide the truth? “I’ve found the only thing I can control is how well I tell the story and follow the truth. . . . The truth will always lead you to a good place,” reflects Truman Wiley, the main character in Chris Fabry’s newest novel, Not in the Heart. Fabry passionately delves into hot topics such as capital punishment, gambling addiction and organ donation, leaving readers to examine their own lives and views.

My Thoughts:
Truman Wiley is a character you love to hate.  He's got issues and plenty of them.  Having lost his high profile job with a news network, he is now estranged from his family, has a major gambling habit, is in debt and running from a loan shark, has lost his car and the cabin he was living in.  He is sarcastic, a dead beat dad and a missing in action husband who has not been there for his wife.  And his son is dying.  He is at the end of his rope when an opportunity to write the story of a man on death row comes his way.  Conley was convicted of murder and  is set to face death in one month.  Always maintaining his innocence and having had a prison conversion to Christianity, he has given up hope of having his sentence over-turned and wants to have something good come out of the situation.  He wants to donate his heart to a dying teen.  A dying teen who happens to be Truman's own son.  Truman reluctantly takes the job, not thrilled that anything to do with Christianity is involved, but the family also happens to go to his wife's church.  And he desperately needs the money.  As he starts looking into the death of the murdered hair dresser, he starts to come across evidence that could mean Conley has been telling the truth all along.  But telling the truth would mean that in all likelyhood  his son will die.

I thought this was an great, albiet heavy, read, one that brings you face to face with how you think and feel about some tough subjects.  I felt Fabry handled the personality of an addict very well.  While I have not had experience with a gambling addict, I have known and had to deal with a drug addict.  Totally narcissistic, running from all responsibility, all their decisions, even to the detriment of all their relationships,  being made through the lens of their addiction was told in a very realistic way. I thought the relationships between Truman, his wife and his children's viewpoints was told seamlessly as it went back and forth between them.  Yes, the personality made me mad but that is the nature of an addicted person.

Conley as the convicted murderer who maintains his innocence but is resolved with the fact he is going to die, also brings in the issues of capital punishment and of organ donation.  The author, through the story, shows the great need out there for organ donation and asks us how far are we willing to go with it?   The controversy of organ donation by death row prisoners is brought to the forefront and raises many questions.  Is it ethical?  Do people want the organs of who they might feel are "evil" and "bad".  Will more prisoners be killed quicker on death row just so their organs can be harvested for transplants?   All these questions and more are looked at through the story and makes you think where your stand is on very hot button issues.  The main character also wrestles with the fact that he may have evidence that in the very least would throw doubt onto the prisoner's conviction and that the revealing of it will remove all chances for his son and mean his death.

As a reader, I was faced with how I view other's shortcomings and failures as well as my own.  Is there a place for second chances even in the most dire of circumstances?

For a many layered story, I thought the author wove it together well, bringing an ending I was not expecting at all.  He held the suspense of what would happen right down to the wire and left me with lots to think about.  And that is a kind of story I like.  One that leaves me chewing on it for days to come.

The release of this book coincides with observances that create a greater awareness of the issues brought forward in the book. National Organ Donor Day, as designated by the U.S. Department of Health & Human Services, is set for February 14. The National Council on Problem Gambling (NCPG) will be observing Problem Gambling Awareness Week March 4-10, 2012.

Thanks to B&B Media Group for a free copy of this book for my honest review.  All opinions expressed are my own.

"Not in the Heart" may be purchased here and here.

Wow. This sounds like my kind of read, too!

I have actually heard of this book....and have wondered if it's good.....I think I'll be looking for this one at our library! 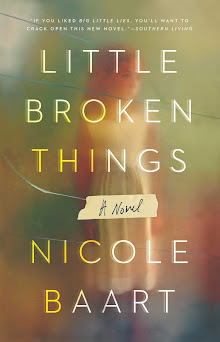 Home Work: A memoir of my Hollywood Years
by Julie Andrews