Random Dozen from the Lid

Linda has again designed a random dozen to reveal ourselves. Feel free to join in over at 2nd Cup of Coffee. So here is my "for sure, real" answers to this weeks. For some reason, blogger published it before I had finished the post. How weird is that. And how stressful trying to hurry up and finish and republish. Sheesh. So ignore the half baked done one from about 1/2 an hour ago. This is the done deal.

1. On an average, how often do you splurge and buy something for yourself? I go in huge waves. I don't buy myself anything for a long, long time. And then it hits me and then I splurge. But my splurges are usually the Wally mart kinds of splurges not the big department store kinds of splurges. And it depends where my budget is at. My last "big" splurge was a bag of fall items for my vase on my mantel and some ornamental gourds to throw around. Grand total of around 20 bucks. So there you go, I managed to type a whole bunch of words and not really answer the question at all. 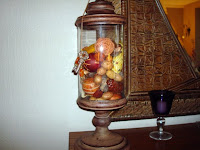 2. Are you more like Hall or Oates? Just kidding. Real question: What is the last creative project you began/finished? Feel free to post a pic of it.Uhm, last Tuesday when I poured fallish looking items from a bag into my jar on my mantle. And yesterday when I filled a crystal dish with ornamental gourds. Start to finish, 30 seconds tops. Photography and maybe cooking is where I tend to get my creative outlet, not the artsy craftsy stuff. They just stress me out. I think I was in the washroom when God held the "come and get your arts and crafts genes" meeting.

3. OK, Goldie Locks, do you consider your house too big, too little or juuuust right?
For us right now, it's just right. Yeah, I left my drool over several of the the showhomes I saw on the weekend and yes I sighed and imagined us all moved in there but the bubble bursts fasts when I think of mortgage I'd have to be paying. I'll stay put thanks.

4. What is your favorite outdoor chore? Watering the lawn. I love sitting and listening to the sprinkler, watching it, feeling the coolness from it. Very relaxing. I also don't mind shoveling snow as long as it's not 2 feet deep and wet and in September, which has happened around here.

5. If you knew that cigarette smoking was not bad for your health but would be a weight loss tool, would you use it? Why or why not? Oy! How do you think of this stuff. I don't think I use it because I hate the smell and how it permeates everything. I also hate the yellow teeth, the yellow fingers, the drawn upper lip that people get after years of smoking. I don't know if it would be worth the trade off for me.

6. On a road trip, would you rather drive or ride? Some of both.

7. What do you consider a trivial pursuit? Over the top vanity stuff. That's all I'm gonna say.

8. This weekend, we downloaded the movie "Duplicity" with Julia Roberts and Clive Owen. Within 5 minutes, I was bored and annoyed, but I kept watching 5-10 minutes at a time hoping it would get better between small chores. I finally gave up and Jorge watched it alone, and then regretted wasting that time because he disliked it intensely, too. So ... how long do you watch a movie or read a book before giving up on it? Depends exactly how annoyed or bored I am with it. Usually I give a book a few chapters. Movies I'll give up on very fast if they are smutty or insultive or if every other word is a cuss word. Can't be bothered to watch if it's like that. I guess it would be the same answer for a book. I did force myself to watch duplicity, the ending was good but the road getting there, so, so.

9. Is there a song that you really love but are embarrassed to admit because it's not cool or it's racy or because it's by Hall and Oates? I'm horrible at song related questions because I usually can't think of it when I need to. As in right now. And again, a bunch of words without really answering the question.

11. Are you a food and/or beverage snob? I wouldn't say I'm a snob but I do like certain brand name items and buy only that brand for those things. Campbell's soups, Heinz ketchup, Lindsay olives, I have to have brand name cereals (the kids don't like the cheaper kind), two certain kinds of coffee beans from Costco that we mix together, Imperial margarine are a few I can think of off the top of my head.

Interesting questions. Not your typical meme questions! I love your creative genius!! I wasn't thrilled with Duplicity either, but we watched it to the end. I think I saw it at the movie theatre. I've only walked out on one movie in a theatre (it was years ago and I can't remember the name of it) -- but I've been tempted a few times!

I loved your answers...especially number 9...that's me in a nutshell-too many words : )

I could handle watering the lawn... that can be pleasant - if the wind's not blowing! (would not be a good idea in my neighborhood today!)

ROFL! A tongue is a very good thing to control! And I think we all suffer with it from time to time!

Have a GREAT day Susanne!

So maybe you aren't crafty, but your mantel does look great!

Where do you live that you get 2 feet of wet snow in September?? Yuck!

I like your fall touches. I need to get my things from the attic.

We could probably all use a little more tongue controlling.

Oh I love your answer to #12 -- I think most people need to work on that, myself included!

Two feet of snow in September. I am now remembering why I have spent the last 12 years of my life in Vegas & Honolulu -- however, I am soon headed for the PNW coast.

Great answers!! Have a great day!!

I think of you as very creative, and great answer to #12! Wise woman!

For someone who missed the crafty gene, your mantle looks great! Thanks for stopping by my blog!

I like your vase on the mantel with the gourds in it.

I won't watch movies with cussing in it either. Such a waste of time!

I love your number 12 answer - Controlling our tongues is definitely something I work on all the time.

Nr. 9 is so me too! And we both like watering the lawn. Although after I saw your post for today, you won´t be needing to do that for a while! That is really cold, and snow in Oct. already!!

I used to think I'd missed that meeting too, the one you called the "come and get your arts and crafts genes" meeting. Tried it all...cross stitch made me cross-eyed, knitting and crochet were out since I'm often a fumble-fingers, no artistic ability knocked out a bunch of others...then I discovered art quilting. No rules, no special skill required -- a good fit for someone artistically challenged but with a need to be creative :-)

Obviously, I'm another one who uses a lot of words. Maybe we're related? :-)

I think my last splurge for myself was 3 autumn handtowls that I have forbidden anyone from actually using, just look at the prettyness, I think I spent $4.50 total.

Great answers - I am with you on the Campbells soup :) 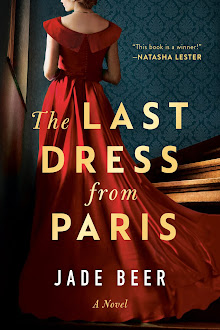