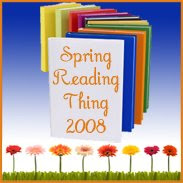 All good things must come to an end and seeing today is the last day of spring that means that The Spring Reading Thing 2008 has come to a close. Our lovely hostess, Katrina at Callipider Days is asking how it went.

Well, Katrina, it seemed tough slugging this time around. I love to read to but I don't know. It just seemed hard to get into some of the books this year. And it was really hard to do any reviews this time around. Just didn't do them. It's probably where my life was this spring; a little overly hectic and overwhelming. I had chosen 8 books altogether, a number that I had thought quite managable. This included 5 fiction novels, 2 non-fiction study type of books, and 1 auto-biography. I didn't finish a few of these but then other books got thrown into the mix as I did reviews and giveaways for different publishers. We'll start with those I originally listed. If you want an amazon link to any of these it's in my sidebar.

"Ball of Fire-the tumultous life and comic art of Lucille Ball" by Stefan Kanfur: took me awhile to get through this one. I love Lucille Ball and think she was a brilliant comedian. My family and I have spent many an hour watching and laughing at her antics on "I Love Lucy". This autobiography was quite heavy at times however. While I enjoyed reading her start and how the show got started, some of the occurences in her life were just plain sad. I also found that that I had a hard time with reconconcilling the zany Lucy with real hard business woman Lucy. I sort have wished I would have stayed naive about her real life.

"After the Leaves Fall" by Nicole Baart - I enjoyed this first novel from the author and will be reading the follow up novel. I could relate through out the story to the main character and her feelings and there was one incident in the book where my stomach was in a knot as if I had just experienced the situation instead of her. Review here.

"Experiencing the Ressurection" by Henry and Melvin Blackaby - I didn't even get to this book.

"A Time to Mend" by Gary Smalley & Sally John - I was so looking forward to this novel and series as Gary Smalley co-wrote another of my favorite series; the Redemption Series. However, I didn't get to it. This will be my must read over the summer.

"Once in a Promised Land" by Laila Hallaby - This was a novel I forced myself to finish in the hopes that somehow it would redeem itself. For me it never did. And it also never became the story that I thought it was about, so I kept waiting for it to turn into that story but it didn't. For some reason I thought it would really deal in detail with a Muslim family in America after 9-11 and the everyday things they had to face after that horrific event. I somehow got that idea from the cover. While the book did touch on it, it was more about the marriage issues of a Jordanian-American couple and the wife's affair. Sorry, it was a disappointment to me.

Chat Room" by Linda Hall - Couldn't renew it at the library. It was on someone else's hold list.

"Sushi for One?" by Cami Tang - A chick lit genre book about a young Asian woman whose grandmother forces her to be looking for a mate more seriously. There was funny moments throughout the story and the Asian culture was interesting to read about. I found the relationships between family members and the way they spoke to each other and how they treated each other hard to relate to however.

"The Quest for Character" by Charles Swindoll - Haven't started it.

Extra books that were added along the line:

"A Tendering in the Storm" by Jane Kirkpatrick - Historical novel based on the real life story of German-American Emma Wagner Giesy. The first woman sent on a scouting mission to the Oregon Territories, Emma's independant ways and prickling against colony ways sets events into motion in her life that can never be turned around.

"A Clearing in the Wild" by Jane Kirkpatrick - Part 2 of the story of Emma Giesy, the story continues as Emma struggles with her faith and makes decisions out of her own head. Still struggling with wanting independance, and wanting to protect her children she takes steps to what she thinks will bring them that. I'm halfway through this book and I have to admit I am plugging through this one, but I'm determined because I want to find out what happens to Emma. As a reader I'm sort of torn with feelings of being able to relate to the character and at the same time feeling frustrated with what I sense is pride that keeps her making decisions that don't always turn out good. I'm wanting it to turn out well for her.

So that's 7 1/2 books finished. With 8 originally listed. Only 4 of the original 8 read. Not my best showing for sticking to the list. As usual, the fictions won out, but I did finish the one non fiction that I really enjoyed, although that one wasn't on my original list. My favorite this season had to be "Family Squeeze" while my least favorite was definitely "Once in a Promised Land". So that's a wrap for the Spring Reading Thing. I've got a couple great books lined up for summer. Hopefully, I'll have lots of easy going days to do just that.
Posted at 2:47 PM

Let me tell you, my reading has slowed down a lot in the last few months too. I read every night, and I always will, but no more zipping through thirty books in three months.

I admire you for even signing up for this. I didn't join this time because I suspected my list would be woefully lacking. Your books all sound good - they always do. Half of my book wish list is books you recommended.

I don't always keep exactly to my list either -- I like the flexibility of being able to add to or subtract from it.

I had not heard of that Gary Smalley book. I loved the Redemption series with Karen Kingsbury -- I will have to check this out. Family Squeeze looks good, too as we're right in that stage with my mil moving here later this month.

YOu did so good! WTG!

I'm always amazed at the books you get through Susanne. and I can just imagine them all in your lovely book basket! :)

I'm for anything by Jane Kirkpatrick. That woman is a beautiful writer. Good for you for getting most of the list done, I never even got around to making one.

You still did really good with this one! You should give yourself a pat on the back, some of those sound like books that would be hard for me to read all the way through.

I do want to read Sushi for One, I've read lots of good things about it. And those Emma Giesy books sound really interesting. Thanks for the great reviews :)

I had a hard time with my list as well! I'm hoping to do some serious catching up beachside this next week!

I'd say you did very well with your list! I think it's perfectly fine to change if need be, plus you've had some big stuff going on as well...good job! The non-fictions are a struggle for me, I just love fiction so much better.

Before I comment on this post, I wanted to wish you a belated but very heart-felt Happy 25th anniversary, Susanne!
I've been so behind this week, and I'm sorry I missed sending my wishes earlier!
I loved that very tender post, and the wedding pictures are beautiful!

Good reading list...I really enjoyed seeing what you read and hearing a little about them.
Although I haven't read this particular biography of Lucy, I have read another one, and knew about some of the hard times she faced growing up.
And did you ever see the TV special put together by her grown kids, Lucy and Desi Jr.? It was a bio of their parents' love story and it was SO poignant...I cried when I first saw it.

Anyway, spring was super busy for me this year, and I always seem to do a bit more reading in the summer- when no one issues a challenge! Oh well...;)

I'd like to read some of Cami Tang's books sometime.

I think you did a great job, Susanne. Just plain reading is much more important than sticking to your original list. Oh, and I really liked Family Squeeze too...definitely a keeper!

Wow, you did great!

Sounds like you did a great job! I'm hoping to enjoy some reading this summer. 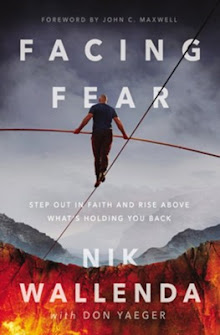 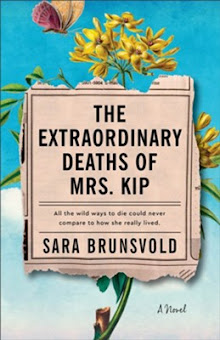 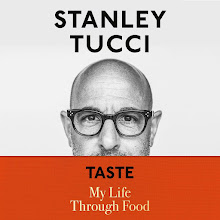