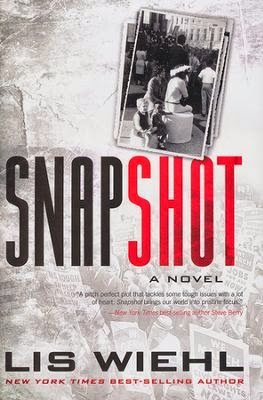 Lisa Waldren is a very busy, very successful federal prosecutor and has just finished wrapping up a very important case when she is contacted by her father.  A former FBI man he is insistent she take a look at a case of a black man on death row who is there for killing a civil rights leader.  A man her father believes is innocent.  But Lisa is reluctant to take a look at the case.  First because the marches in the South that happened so long ago seem so far removed from her life in Boston now and second, because her relationship with her father is so strained and distant that taking it on is just another stress.  But when her father reveals that Lisa was actually at the march where Benjamin Gray was murdered and shows Lisa a picture he took of her and another little African American girl, Lisa's curiosity is peaked.  As the search begins to identify the little girl and women in the snapshot, Lisa starts to see why her father may have been so distant as she grew up.

I really enjoyed this murder mystery.  The photograph on the cover of the book is an actual photo of the author herself when she was three. That she built the story around that photograph and based it on real events and her father's own G-man career and his involvement in the investigation of Kennedy's murder and her own knowledge and background as a former federal prosecutor made the book seem very appealing when I read and purchased it.  She wove in some history from the civil rights movement in the South and built a page turning story that is also thought provoking and touching.

The main story centers around proving the African American man who is on death row , a man who has spent the majority of his life in prison for murder, is actually innocent of the crime.  Then the author weaves in father-daughter relational issues, racial prejudice, secrets,  forgiveness, and justice into an exciting story.  I really enjoyed the mystery within a mystery that the author put in with presidential cabinet that holds a clue.  The path that the author took me on from a photograph in the '60's and using modern techniques and available tools such as the internet to find connections was really interesting.  There were actually two father daughter story lines, which I thought was really worthy of note in their comparisons.   Her exploration of the two father-daughter relationships was a touching and thought provoking aspect to the fast paced mystery part of the story and, I thought, well done.   I also liked how the antagonist and his family history was also developed. It really added to the story.   I know it seems like there were many story lines within the book but the author wove it together so well and everything fit and didn't seem unnecessary to the story.  Just a small note, because it is a murder mystery there are a couple of grisly descriptions, so if you are squeamish about that, those parts can easily be skimmed over.  This was a very interesting page turning read. It was my first book by this author and I'm glad I picked it up.

I'm not a big fan of mystery books, especially murder mysteries, but the historical aspect of this book sounds like it would be a good one to read.

I LOVE historical fiction and ones with a bit of mystery in them is even better!! this is going on my "must look for at the library" list. And no I have NOT forgotten about sending you the Sheila Walsh book....it's on my to do list for next week when I am finally free from schlepping Claire to ballet classes!! :)

This sounds like book I would enjoy. I will look for it. Thanks!